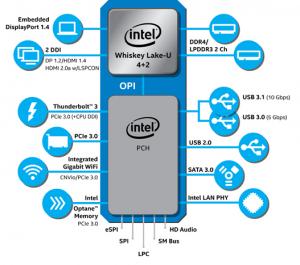 Rumors are strong that Apple will announce a new MacBook Air model, and perhaps a new low-end MacBook in the coming weeks. Fitting in with those rumors was yesterday’s official announcement by Intel of new Whiskey Lake and Amber Lake chips, that are reportedly perfect for such models.

Apple relies on Intel for the chips in its computers, so often new Macs appear only after new Intel processors are released. Intel says that these chips “will be available from PC manufacturers beginning this fall.” They should be faster and more suited for light thin laptops than previous chips.

Apple is rumored to be working on its own chips for future Macs, which would free the company up to produce new models without needing to wait for Intel.