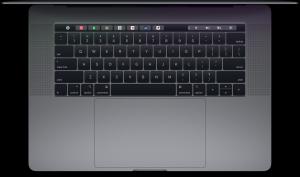 When Apple surprised everyone with new MacBook Pros this week, the first question many asked was whether the keyboard was fixed. The previous generation of MacBook Pros were plagued by keyboards that broke easily. Often this was caused by dust that got under the keys.

Apple does say that the new MacBook Pros have a third-generation keyboard that is “quieter.” While they old ones are a bit loud, people were not complaining so much about that, but that they broke easily and often. So why would Apple tout a quieter keyboard and not a more reliable one?

IFixIt has looked closely at the new keyboards and found that Apple has added a layer of silicone to each key. It would seem this is a good dust barrier. And, as an extra benefit, does make the keys quieter. So why didn’t Apple just say this? The theory in the article is that since Apple has some class-action lawsuits over the keyboard going on, they can’t simply admit there was a problem and they fixed it. This makes sense to me too. Saying “quieter keyboard” almost seems like a wink and a smile from Apple letting us know they fixed the problem.

Comments: One Response to “Is the New MacBook Pro Keyboard Actually the Fix Everyone Was Looking For?”

I would really like to know if this fix has fixed the problem. I really, really dislike the keyboard on my MacBook Pro. It’s difficult to entertain there idea of spending more money to get rid of the Pro I have (2016 one of the first) if it isn’t really going to make me like it.