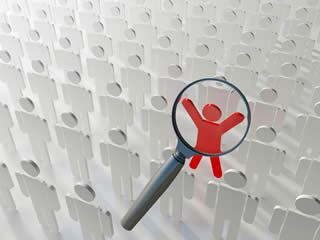 One person, one Apple ID. That’s a simple rule that leads to harmony in the Apple ecosystem. All too often I see people breaking this rule. They will share an Apple ID with another person, or have multiple IDs themselves.

That leads to trouble. A purchase made on an Apple ID, whether it is a song, an app, or a service, is tied forever to that Apple ID. In addition, messaging from one person to the other, via email, iMessage or FaceTime, is tied to that Apple ID to.

So you get situations where two people share an Apple ID so they can share purchases. But then they start using iMessage and now find that they see each other’s messages and it gets confusing if they try to send messages to each other. Apple’s servers see all devices sharing the same Apple ID as belonging to the same person. So you may have an iPhone and your spouse may have an iPad, and you may be in separate places, but when someone sends you a message, they are sending it to both devices. Plus, any other iCloud services will be shared. So you will share all of your calendars, notes, reminders, contacts, and so on.

I also see situations where someone has an Apple device and creates an Apple ID for it. They purchase some items and maybe set up messaging. Then they get a new device and without thinking about it they set up a second Apple ID for that device. Now they have two Apple IDs and are missing out on sharing apps between them, or using iCloud services, or even seeing their messages on the device they are holding because the message was sent to the other person. Apple sees these devices as owned by two separate people.

Stop the Problem Before It Happens

If my advice here is able to catch you before you make the mistake of setting up a second Apple ID, or before you decide to share an Apple ID with a spouse or other family member, then now you know. Don’t do it. Follow the rule of one person, one Apple ID.

If you don’t want to do one or more of these things, they can all be disabled on a device-by-device basis. So there’s no excuse for creating a second Apple ID for a device just because you don’t want to get messages there. Use the same Apple ID and turn off messages on that device.

But what if it is too late? What if you have been sharing an Apple ID with someone for years? What if your wanted your child to use your Apple ID so you could monitor them? Or you shared with your spouse so you could buy apps and music and both use them?

Well, this is gonna hurt. But there is no other way than to simply create a new account for that other person and start fresh. The more you wait, the more it will hurt. But it has to be done.

However, it doesn’t mean that they have to lose all of their apps, music and other things. Apple has a solution for that. You can use Family Sharing to share purchases between accounts. So when you create that second account, start using Family Sharing to let the other person continue to access those apps. You can also share calendars and other iCloud items between each other.

But expect hiccups. It wasn’t long ago that Family Sharing didn’t exist and that second account would have no way to access their apps and other purchases other than simply buying their stuff again. Things are much better now, but I wouldn’t expect them to be perfect.

Comments: 7 Responses to “One Person, One Apple ID”

I think you should acknowledge that if one doesn’t mind the privacy issues then there are advantages in sharing and ID. I have done so for years with my wife and it is great for Calendars, Contacts and Photos. We don’t mind messages sharing, and have separate email addresses.

John: I disagree. You can share calendars easily between IDs — much better than sharing them ALL. If you really must share contacts, then there are ways to have that on another account (Google, for instance). Sharing Photos is a pain, but then using the same ID means that any editing and organizing done by one person could then conflict with the other. And message sharing could be a real problem. I know two people that share an Apple ID and it means I can’t message either one of them directly (birthday present ideas for instance). It means I hardly ever message either one, which is a shame. Even a little message like “did you catch the TV show last night” feels awkward when both people will see it and you only meant the message for one.

My husband and I also share an Apple ID on our devices so that primarily we can share contacts and Notes and calendars. I do have my own Apple ID too. However we never share or see each others messages so we don’t have that problem.

Gary, I have two Apple IDs, one for business purchase of apps and one for personsal. All used on my iPhone and iPad. Is there any way of merging these two accounts and then working with only one?

Apple is the culprit and owner of this problem. I can think of many instance where a new Apple ID would be desired. Marriages, divorce, job or role change…it doesn’t matter. If the customer want it they should provide the service even if there is a charge. It drives me nuts when companies use the excuse our system doesn’t allow it.

Bernie: Apple doesn’t offer any way to merge Apple IDs. But you can still switch between them in the app store to purchase apps with one or the other. Just when an update comes through you will be asked to enter the password for that same Apple ID to get the update. It isn’t ideal. Perhaps only use your personal ID and charge any app purchases to your business as you would any cash expense?

Fantastic post Gary! I agree wholeheartedly with you. It’s a simple rule and it makes things so much better. I organised an account for my fiancé and we do heaps of sharing between us, whether it be calendars, photos, or contacts, whilst not inundating each other with things that we don’t want. Messages, apps, contacts… we keep what we want shared, via Apple services and other things separate. Very easy, very tidy. But you’re right, the longer you leave it the harder it gets-Love your site BTW