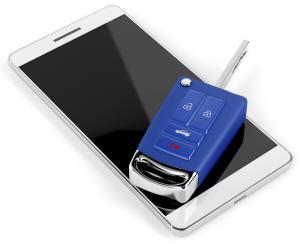 Almost all new cars today come with wireless key fobs instead of old-fashioned keys. An Apple patent, noticed by Apple Insider, details possible plans for replacing these devices with extra functionality of the iPhone.

Unlocking and starting cars using apps is not new, but completely replacing key fobs could lead to better security and require one less item be carried by the user. A fob can be found by anyone and used to open and start a car, whereas a phone would require a passcode.

Existing app-unlock systems usually require the car be connected to the Internet wirelessly, whereas this patent shows direct communication between the iPhone and car. It is highly likely that phone-based car unlocking systems will replace or at least compliment fobs in the near future.