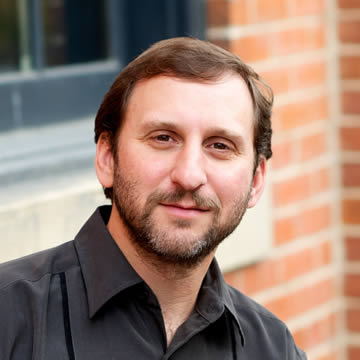 Hi, I’m Gary Rosenzweig, the host and producer of MacMost.com. If you are curious, here’s a little bit about me.

I founded and own CleverMedia, Inc., the parent company that owns and runs MacMost and a variety of other websites and mobile apps. I have also written a number of computer books, have spoken at many developer conferences, and teach through online courses.

I grew up in northeast Philadelphia. My first experience using computers was in school around 1980. My first computer was a TRS-80 Model III that I received as a gift in 1982. I taught myself BASIC in one week and started making games and business applications immediately. In 1983 I began using Apple II computers in high school and got my first Apple computer at home in 1985.

In 1987, I started college at Drexel University. That year the school required all students to purchase a Macintosh SE computer. These were used in all classes for assignments. While at Drexel, I worked at the student newspaper and used Macs there for desktop publishing. After a brief foray as the Editor-In-Chief of a weekly independent newspaper, I became the Editor-In-Chief of the main Drexel student newspaper. I graduated in 1992 with a degree in Computer Science.

My experience as the editor of the student newspaper led me to graduate school at the University of North Carolina at Chapel Hill where I used a PowerBook 160 for school and part-time jobs. While there, I interned at the Baltimore Sun newspaper, building several digital news products which were distributed via floppy disk in the years before the public Internet. I built those with Hypercard on Mac IIs at the Sun. I received a master’s degree in Journalism and Mass Communication in 1994.

In 1994 I was hired by a company in Denver, Colorado to work on a digital news magazine for schools. They made us use Windows computers there, but I did a lot of work at home where I now had a PowerMac 8500. I developed tools for journalists to use to produce the daily magazine, and many interactive educational games to go with it.

In late 1995 I started using the new browser plug-in technology to create my own games that would work in web browsers. I published several games online and started to license games to companies looking to use them for promotions. I began working full time for myself in 1996, calling my online game company CleverMedia.

Also in 1995, I wrote a book on using Macromedia Director. I self-published this book online. This led to an offer by a publisher to write a print book. I would go on to publish several more books about Director, and later Flash and ActionScript, in the coming years.

CleverMedia grew to 9 employees in an office in downtown Denver by 1999. It produced games and web sites for a variety of companies and brands such as Disney, Sony and Microsoft, as well as self-publishing more than 150 games across several web sites. By 2001, CleverMedia was using both Macromedia Shockwave and Macromedia Flash to publish games. I moved up to a PowerMac G4, and my employees used a variety of desktop Macs and iMacs.

After briefly downsizing during the Internet crash of 2001-2002, CleverMedia began expanding again in 2006. In addition to web-based games, I started to create video podcasts on a variety of subjects including some comedy shows and news programs.

MacMost was one of those podcasts, with a weekly episode about Mac news and tips. Soon, other shows were developed around the MacMost brand, including a regular show hosted by me of Mac tips and techniques called MacMost Now. Eventually, all other shows were rolled into MacMost Now or set aside. I switched from Mac towers to a series of PowerBooks including a PowerBook G4 Titanium and a 17-inch MacBook Pro.

In 2008 CleverMedia again downsized and I focused on MacMost as a one-man operation. I also started porting my web-based games to mobile apps, particularly for the iPhone. As web-based games fell out of fashion, I ported more and more games to mobile devices and also developed new games for the iPhone and iPad. I used a Mac Pro tower from 2009 until 2014, and then the new round Mac Pro from that point on.

When Apple released the iPad in 2010, I wrote a book in computer-book publisher Que’s “My” series called My iPad. This book was picked up by major booksellers all over the world including wholesalers in the United States. After several editions, it was reported as the top-selling computer book of 2013 and 2014. 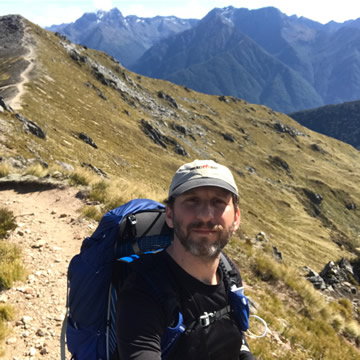 In 2016, with website ad revenue falling and computer books becoming less popular, I started producing online courses. In 2017 I decided to remove ads from MacMost completely and switch to a user-contribution model.

In addition to my work, I enjoy back-country camping, world travel, reading science-fiction and history, movies, urban cycling, and spending time with my family. I am also an ice cream enthusiast. 🍨

Want to know more? You can visit my personal homepage, read my developer blog, and follow me on Twitter.