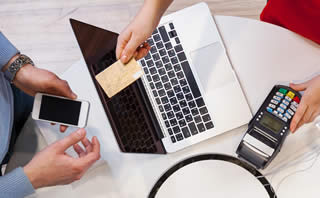 So want a new Mac, but are unsure if now is the right time to buy. Will Apple release a new model next week that makes your purchase obsolete? There are ways to check to see if it is likely that a new Mac is around the corner, and there are ways to protect yourself. But ultimately, it is always a risk as with any product on the market.

How New Is the Current Model?

The first thing you may want to do is to check to see if the Mac you want is a new model. Did it just come out in the last few months? If so, then you can buy with confidence, knowing it is unlikely Apple will replace it so soon.

The best source out there for this is probably Wikipedia. There are pages for each model of Mac, just search for them. For instance, here is the page for the MacBook Pro. If scan that page, you’ll see a chart that includes the latest models. You get the specifications along with the release date. Check the current release date, but also the previous ones to get an idea of how often they produce new models.

Another place you can go is MacRumors’ Buyer’s Guide. Along with release dates, you get their recommendation as to whether it is a good idea to buy now or wait. Keep in mind your actual decision is subjective. So a “Don’t Buy” rating doesn’t take into account your personal situation, which can vary.

If you read up on past models of Macs, you’ll notice that sometimes Apple releases machines that include a redesign, new features and vastly different specifications. But at other times, the new computers are basically the same devices but with slightly faster processors, memory and other parts. For many typical Mac users, these minor changes won’t mean much. It may be worth it to wait another week or month for them, but not worth it to delay a purchased by four or six months.

This is when it is handy to read past the basic “Buy” and “Don’t Buy” messages and dig into the rumors. If Apple is rumored to be coming out with a complete redesign of the Mac model you are interested in, then you may want to hold off longer than if they are just predicted to do a minor update.

Now rumors aren’t always right. So don’t stop reading at the first article you see. You may need to check out the news for several weeks to get an idea of what really may be happening. There are typically a few articles that cite sketchy sources that claim all sorts of nonsense, like Macs with touch screens, or processors that Intel isn’t even scheduled to release until a year later. So try to get a consensus from reading many sources over time. Then still be prepared to be wrong. Nothing is official until Apple announces it.

Return a Mac Bought at the Wrong Time

Say you did buy a new Mac and then a week later Apple announces new models. Is there anything you can do? Well, you can return your Mac. You have 14 days to do so. Here is Apple’s official page on Returns and Refunds. Be sure to go to the bottom of the page and click on the link for their official returns policy.

Note that this only applies to Macs bought from Apple. If you buy from a third-party store, no matter how many Apple stickers they have on their windows, and how official they look, you are still bound by their return policy, not Apple’s. That includes online retailers. So check their return policy and maybe also read reviews and forums to get a sense of how well they honor their return policy.

So Should I Buy Now?

When it comes down to it, it is really up to you. Everyone is different. A graphics pro who gets a new Mac every year may not care that a new model comes out a month after she buys. In 11 months she is getting a new one anyway. A home user who is buying his first new Mac in 10 years may also not care as the upgrade will be a huge improvement either way.

But someone in-between who buys every 3-4 years may want to time their purchases to get the latest new thing from Apple. Their current machine isn’t old enough to hold them back, so they can wait a few months if they believe rumors that a new Mac is coming.

In the end, the decision to buy now or wait is as much about you, what type of Mac user you are, and how you use your Mac, as it is about Apple’s release schedule.

Comments: 5 Responses to “When Is the Best Time To Buy a New Mac?”

I have an IMAC Maverick. If I wanted to buy a new Apple computer is it possible to buy a Maverick with the same functions I already have?

Don’t buy until you actually need the product. And if it’s a replacement for an older product which is still doing everything you need to have don, don’t buy yet.

kenneth: Any new Mac you buy would come with the latest operating system, which is Sierra right now and will be High Sierra in the fall. Why would you want to buy a new Mac with an old outdated operating system?

After many years I decided to buy a Mac Pro because Apple always had one operating systems – Snow Leopard. Now lo and behold, there are so many operating systems that one can no longer keep track of them. I’m sorry to say that I am going back to Windows.